both are pretty good. But ps4 is insanely expensive. i mainly use gimp due to the extendability and price though.

Honestly, I have never used photoshop, because GIMP has always been more than enough. If you're trying to make casual pictures (as in, ones that you probably aren't going to sell or something to that that effect), I'd just go with GIMP, especially since it's free. The only difficulty I had with it was figuring out how to work it in the beginning, but now that I know how to work GIMP, it's quite useful. Now if you already bought Photoshop, I'm sure it has it's benefits as well, but in terms of value, I think that weighing price and quality, GIMP wins.
Last edited: Apr 8, 2011

frozentime1737 said:
Honestly, I have never used photoshop, because GIMP has always been more than enough. If you're trying to make casual pictures (as in, ones that you probably aren't going to sell or something to that that effect), I'd just go with GIMP, especially since it's free. The only difficulty I had with it was figuring out how to work it in the beginning, but now that I know how to work GIMP, it's quite useful. Now if you already bought Photoshop, I'm sure it has it's benefits as well, but in terms of value, I think that weighing price and quality, GIMP wins.
Click to expand...


How about a 3rd contender... Paint.net (getpaint.net) easier than gimp, and things just seem in a more logical place.

Or maybe it's already been mentioned; I haven't read the rest of this.

I have GIMP...isn't GIMP free and photoshop costs money?

I ate all of the x10Pizza


That would be correct. GIMP is considered Open Source Software, thus it will be free by nature. Photoshop is closed source, so unless Adobe open sources the software it will more than likely remain commercial software.
L

I prefer Photoshop.
I tried GIMP but just didn't have time to fully learn it.
Right now I am used to using Photoshop.

By the way, if price is an issue - try this online photo editor. The skin is just like photoshop.
It even has the same tools, can layer, fill, etc.
pixlr.com

Take a look, and its free.

That said, I'd probably go with GIMP. It's cheaper and simpler to use.
G

I prefer Photoshop CS4 due to it's easy-to-use UI. Also, I don't prefer GIMP mainly because it's freeware that's hard to get your head around and it doesn't have the features I like to use in photoshop. Also, photoshop is the program that most developers use these days due to it's ability to create stunning, complex designs.
C

Well I got classes at school in photoshop and it is the first true editing program I learned (besides paint xD), so naturally it's the program I prefer for all my image editing needs. That said, GIMP is a great free alternative. I personally think the 2 can't be compared, simply because of their price difference. If you only do basic editing GIMP will beat photoshop hands down due to being free, if you do a lot of advanced stuff or need tools only photoshop has that of course will be the preferred choice, if you can afford it.

Photoshop CS5 because of all the new tools that take a lot of the manual work out of editing. Some examples are the magic lasso tool and the Content Aware Fill which i have no idea how many hours these tools have saved me. So for professional results in half the time I choose photoshop because of its customizable and clean interface. GIMP may be able to do everything photoshop can but almost anyone will tell you it will take longer and most companies do like photoshop on the resume.
H

I have never used Gimp so I cannot really compare. I would be bias in my choice because I have only used photoshop so far and I'm really loving it. I learned to photoshop via the internet tutorials available. Photoshop is my bread and butter program for all my editing needs when it comes to pictures and line arts.
K

I use both Photoshop and Gimp so it depends on what I am doing as to which I use. As others have noted PS is more appropriate for professional graphic artists and Gimp more towards hobbyists.

Photoshop is way more advanced than GIMP, GIMP won't even insert an image into a layer at times xD

Just out of curiosity...

A question for all those in favour of Photoshop.. Did you pay for it or download a cracked copy?

I paid for it -- a bunch of times, now. But then, I've used Photoshop to make at least a part of my living for a lot of years to post-process photographs. I'm still at CS3; it does what I need it to do (portrait retouching, in case you were wondering), and there's no real value in an upgrade for my work at the moment.

I certainly wouldn't have bought Photoshop to create simple web graphics, and don't in fact use it for that purpose. (There are much better programs for "pixel perfect" web graphics and design, including Adobe's own Fireworks, Paint Shop Pro, Pixelmator,... the list goes on and on, and includes a number of free options. My personal preference is still an older version of Paint Shop Pro, and I'll probably continue to use that program for web graphics until I can no longer install and run it on current machinery. Frankly, most of the web design pros I know -- real professionals, not the sort of people who bid on rent-a-coder -- use a vector tool, specifically Adobe Illustrator, to do the majority of their work.)

Nor would I use the GIMP; I've downloaded and evaluated it many times and in many versions over the years, but its interface remains worse than anything I've ever designed -- and I'm horrible at application UIs. My time may not be worth much money anymore, but it's more valuable to me than the frustration of the GIMP's UI is worth.

I have a sneaking suspicion, though, that the vast majority of the people who are showing Photoshop love in this thread are lovin' the warez. As a professional tool, it's something that pays for itself rather quickly, but dropping the better part of a grand on something to add drop shadows to ugly fonts on a hobby web site on a free host? Really? Seems a little incongruous to me.
S

well i think photoshop is one of the best softwares ever made. Simply because it serves every level of specialty. You may be a beginner or an advanced user, you can still use it. You may be a pro photographer or may be even a simple kid who just wants to enhance his images to upload on facebook, photoshop offers it all...
It is this power of photoshop that impresses me

cybrax said:
Just out of curiosity...

A question for all those in favour of Photoshop.. Did you pay for it or download a cracked copy?
Click to expand...

I prefer Photoshop, although i've never owned it. I've only ever used it at work. I wouldn't pay for it, but I wouldn't download it illegally either. GIMP isn't as good, but i'm not going to complain when it's free.

One of the main things I like about photoshop is the Content-Aware tool. If you have an image and want to make it a background, per say, then that's the way to go. I was able to change this 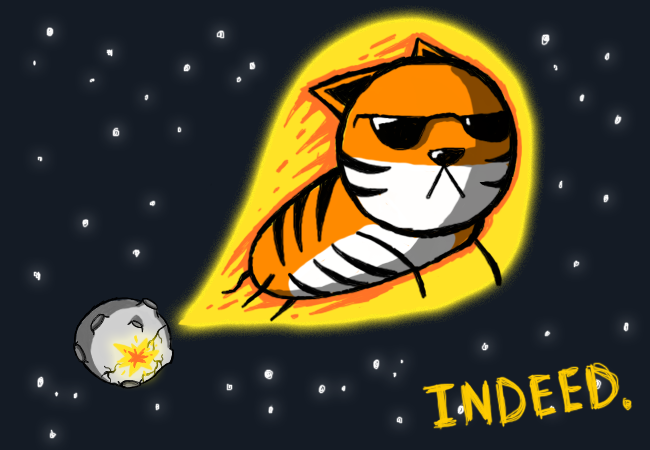 On the contrary, the price of photoshop can reach up to hundreds of dollars; whereas getting GIMP is as simple as clicking a download link. GIMP's support for plug-ins is much better than photoshops, as well as support on more than one operating system (I don't know if photoshop has support on linux or Macs, though).

I prefer photoshop to GIMP for the same reason I prefer dreamweaver to notepad++ - it looks cooler.
Last edited: May 14, 2011